Quality workmanship completed by experienced and dedicated employees has established Alterman as one of the top leading electrical contractors in Texas. Superior installations, completed on time, provide our clients with lasting results that minimize life-cycle costs. Alterman’s success can be attributed to the professional attitudes and exceptional skills and expertise of our managers, supervisors, electricians, technicians and support personnel.

Our corporate office is located in the city of San Antonio where we have been serving commercial and industrial clients since 1923. Alterman currently has expanded into Austin through the acquisition of Hill Electric, which has provided quality workmanship and cost-effective service to the city of Austin and surrounding areas since 1968.

To provide a place where people enjoy to work while paying a competitive salary, providing top tier benefits, offering a comfortable retirement and being stewards of the community.

Achieve Excellence. Deliver Results. Exceed Expectations.
One of San Antonio’s oldest and largest electrical contractors, Nathan Alterman Electric Co., Ltd. commenced operations in 1923 when Nathan Alterman purchased an existing company at the age of 24. During the 1930s and 1940s, downtown remodeling became the mainstay of the business.

Alterman was awarded the first San Antonio River beautification project in the late 1930s. Conduit and wiring along the banks and under bridges were installed to light the Arneson River Theater and the river’s walkways. During World War II, Alterman was engaged in military work at the various air force bases in San Antonio and surrounding areas such as Laredo and Del Rio.

In 1949, upon graduation from Texas A & M University, Richard Alterman joined his father’s company, becoming president in 1972. In 1968, Alterman completed 30 projects at HemisFair Park for the World’s Fair. The experience demonstrated on those projects brought recognition to Alterman as a dependable and qualified electrical contractor. During the growth period of the 1970s and 1980s, Alterman prospered with construction projects that included hospitals, manufacturing plants, hotels, regional shopping malls, and high-rise office buildings.

Alterman became an employee-owned company in 1984. Under the leadership of Jerry Kolinek and Don Kuykendall, the company was structured for strategic growth. With a focus on quality installations, prompt or early completions, and innovative, cost-effective solutions, Alterman continues to offer a superior level of service and demonstrate its commitment to customer success. 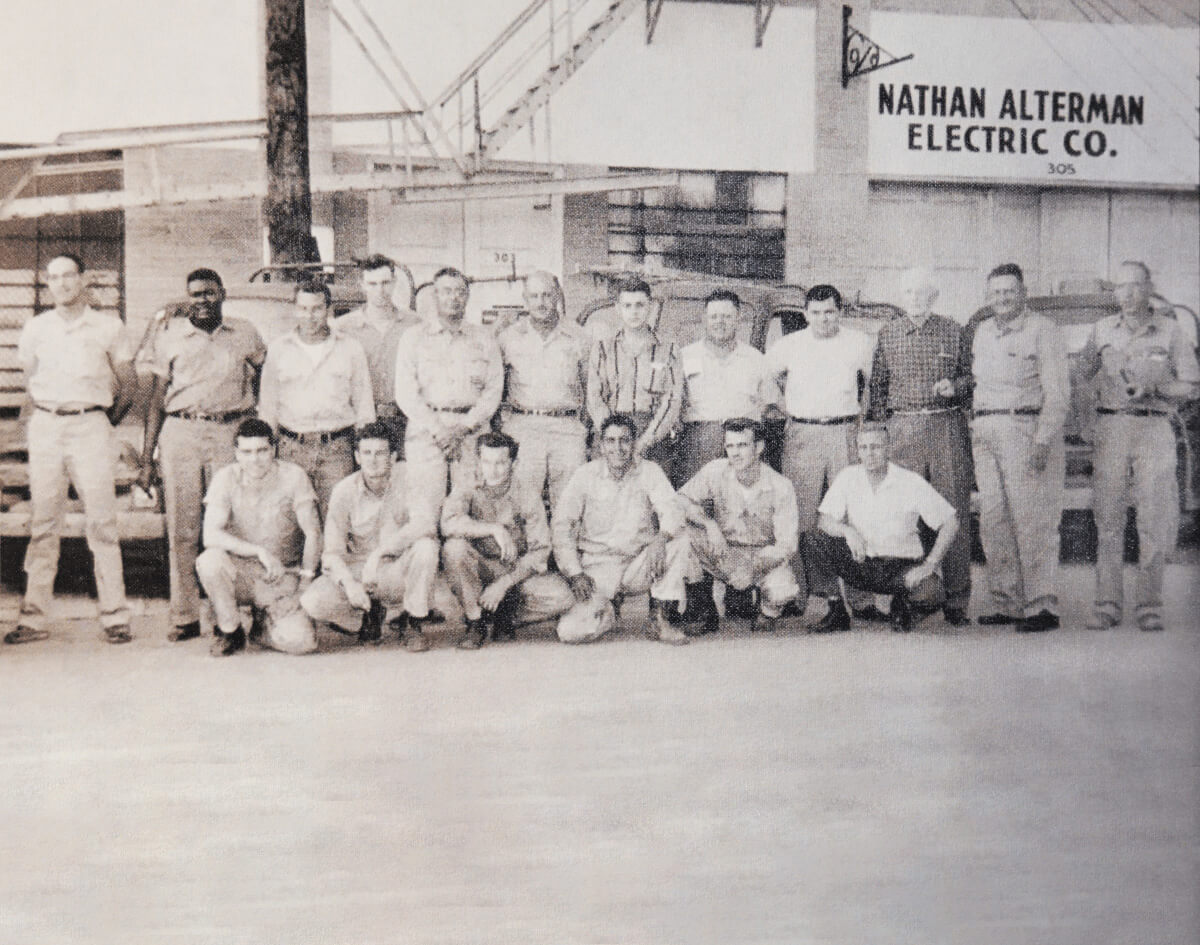 Alterman was awarded AGC’s Safe Specialty Contractor of the Year twelve years in a row – from 2008-2019!

As a member of the South Texas Chapter of the National Joint Apprenticeship and Training Committee (JATC), Alterman’s electricians complete a comprehensive five-year apprenticeship program that combines 1,000 hours of classroom instruction with a minimum of 8,000 hours of on the job training. Completion of the program requires a firm commitment and a strong work ethic focusing on skill, knowledge, and attitude.

Alterman is registered by the State of Texas to teach continuing education courses necessary to maintain electrical licensing. Our program emphasizes accident prevention through planning, training, testing, awareness, recognition, elimination of hazards, communications, continuous improvement, and reinforcement. We make safety every employee’s primary responsibility. The results have rewarded us with a Workers’ Compensation experience modifier rate well below the national average, as well as favorable insurance rates.

At Alterman, we do everything we can to help keep our fellow men and women in the field and in the office stay safe, productive, and working strong as a team.

Alterman University has committed to bringing poignant and targeted learning to employees in all roles at Alterman. Our goal is to help our team members become more productive, effectively communicate internally and externally, and gain insight on how they are an important piece of a much larger puzzle. By increasing our knowledge and skills, we increase our company’s worth.

Our Learning and Development division has implemented and designed action-oriented educational classes for our Alterman employees.

Director of Manpower and Safety

Alterman has premium resources to complete the most complex projects.

From our extensive line of credit, alliances with local vendors, to our significant estimating resources, state-of-the-art technologies, and our top-notch project management standards, we have what it takes to take your project from start to finish.